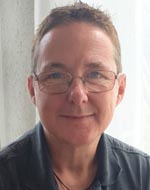 As the number of feature requests grew Vince knew that he would need to dedicate more time to the project and in July 2005 Jomres was released as a commercial project. Since then Jomres has become the world's oldest online booking plugin for any PHP CMS. It has been used in Joomla 1.0, 1.5, 2.5, 3 & 4 and WordPress 4, 5 & 6.